Getting Comfortable With Fee-for-Service

I guess it goes back to the basic instinct that kicks in when we're threatened: fight or flight. To be fair, many producers/agencies (especially on the benefits side) feel more threatened than ever before. I could go through the list of threats (real and imagined), but I'm sure you know them as well as I do.

And, predictably, we see the fight or flight instinct kick in. For some, "flight" is taken to the extreme - they sell and get out. For others, it is a little less dramatic, withdrawing into the seeming comfort of their old ways. These latter responders feel the answer to the challenge is to work harder, to do more of what they have always done.

When I see agencies sell, I feel kind of sad. And when I see producers/agencies thinking the answer is to do more of what they have always done, I have to see it as the proverbial definition of insanity (doing the same over and over again, but expecting different results). Either way, I hang my head a bit on behalf of the industry.

What does makes me proud of our industry, though, is when I see producers/agencies decide to stand up and fight. And quite often, what I see is a David vs. Goliath scenario play out.

Wendy and I have had the privilege of being involved in just such a battle recently with some of the smallest, independent agencies in our network, and in the industry for that matter. While small may describe them by agency headcount, it does not describe their attitude.

As you might guess, the threat that had them rattled was HCR. Individually, they were concerned about their ability to survive the challenge and compete with larger agencies. Instead of taking flight, or even deciding to fight on their own, they decided to work/fight together and from that, found greater confidence and victory.

Through a series of group discussions, they accomplished the following:

While the results are impressive, it was the increased confidence we witnessed that is the greatest success story. They went from not believing in their ability to compete, to seeing enough value in their solution to charge a fee for it, to actually being upset at the delay of the employer mandate because they felt it might give their competition a chance to play catch up (this latter point being the greatest example of their boosted confidence).

How cool is all that?! In just a few weeks, they went from feeling vulnerable to feeling dominant.

Sure, there were several factors that went into this transition, but I believe the main, contributing factor was their willingness to admit they were scared and work with a peer group to fight the battle.

There is definitely strength in numbers. Who do you have by your side? 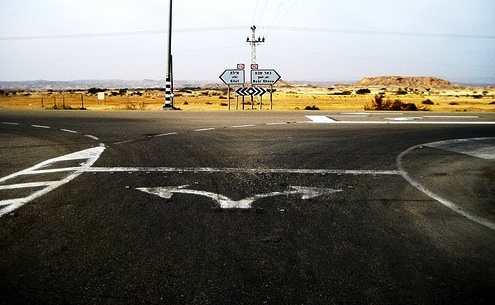 Who's Your Audience? You Might be Sending Mixed Messages

Why It's Great To Be An Independent Broker