Be Committed or Go Home

Changes - they're generally things we’re either excited about and committed to accomplishing, or they’re things we feel we should do and only put forth a modicum of effort to attempt the changes.

One way will likely include planning and commitment to the end goal, a lot of hard work, reality checks along the way, plan adjustments, and hopefully an end result that is somewhat in line with the original vision.

The other will likely include a half-hearted attempt to describe “an ideal scenario”. This will be more wishful thinking than an actual goal. The effort will lack commitment and will eventually be abandoned in favor of the status quo because it’s just easier, and the other is a potentially painful path of hard work and consequences you may not want to encounter.

By not setting a firm end goal and going all-in with your commitment, what happens is you just see flickerings of the new way, but not enough to sustain it and turn it into a fully burning flame.

For example, if you’re trying to change a child’s behavior and get them to stop whining, you might draw the line in the sand and say, “No more whining. Find a different way to communicate your feelings.” Of course this might work once or twice, but the child will continue to whine because it’s ingrained. If you find this process exhausting to constantly remind him of the new expectation and you give in during a moment (or a few) of weakness, you’ve not only not established a new behavior pattern, but you’ve actually reinforced that whining is, in fact, the best way to get what he wants.

It’s the same at work with a new process. If you give in to the demands of complaints that the new way is “hard” and make an exception, again, you’ve reinforced that the new way isn’t really expected; it’s just a suggestion, and apparently not one that you’re really committed to making happen. Plus, you’ve just let everyone know that you don’t follow through on what you say you’re going to do, and you’ve taught them to not follow your directions because “this, too, shall pass.”

So, without a firm commitment to that end goal and steely nerves to sustain all of the attacks you’re sure to receive along the way, you shouldn’t even get started. You’re better off maintaining the status quo until you’re really, really ready to stand up and fight for what you believe is the best course of action for everyone. 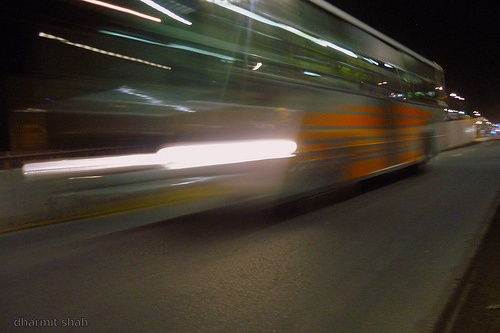 Gone In an Instant – Our Year In Review