Once upon a time, LinkedIn was a cool new recruiting, job search, and referral tool. Today, it is a major social media platform with wide and varied usage.

As the depth and scope of LinkedIn has expanded, more and more people are jumping into the pool. And some of them are peeing in it.

Way back when, most LinkedIn users simply created a professional profile and then left it alone.

Recruiters and job seekers were significantly more active, but they also went dormant when they weren’t looking for work or talent. As far as connections went, the rule was to only link in with people you actually knew or had worked with at some point. This practice was in place to keep user referral networks pure and unsullied. And most everyone followed it.

If you’re a current LinkedIn user, you are well aware that is no longer the case. Using the site solely for professional recommendations, recruiting, or job search purposes? Ha! Connecting only with people you know? How quaint.

Although the site is still predominantly business-focused, LinkedIn is now very much a social platform, full of professional advice, article sharing, and a plethora of motivational quotes. LinkedIn has also evolved into a marketing platform, overflowing with consumer education, professional resources, and plenty of shameless self-promotion.

There were some good things about the original LinkedIn model and purpose. It was quick, easy, and relatively low maintenance. Because users thought of it as an online resume/business card and only connected with people they knew (and presumably liked) most people tended to play nice.

But the expansion of networks, people, and purpose has taken away some of that small-town feel and camaraderie, and increased emphasis on social networking has resulted in some pretty anti-social behaviors.

Now that people are viewing and using the site differently, many have decided to let their guards down.

Many have cast aside professionalism in favor of spewing random opinions on everything from business to politics to personal appearance. Sexism and racism are both alive and well. And some creeps seem to be confusing the definitions of linking in and hooking up. Not cool, guys. Not cool.

So, should we revert back to the old ways of doing things? Nah. What fun is that? We need to go with the flow and change with the times. What we don’t need to do is adapt to the crap.

Adding to the pool of LinkedIn users isn’t necessarily a bad thing. Diversity makes business (and life!) more rich and interesting. But let’s be real. Even the happiest place on earth has to have a few rules.

Still don’t want to play nice? Look at it this way: You’re not just polluting the pool. You’re swimming right along in it, just like the rest of us.

To keep things as pleasant and hygienic as possible, let’s all agree to a few simple rules, shall we?

If social media were a mullet, it would be LinkedIn in the front, Snapchat in the back.

In other words, LinkedIn is the business side of things, and you should evaluate everything you say or post as if it were happening at the office.

Not sure what passes the test? Ask these simple questions:

If the answer is no, your comment isn’t appropriate. Modify or delete.

If you can’t say something nice…

Okay. We get it. You’re unhappy about something. Or maybe just by nature. But here’s the beauty of a social media feed. You don’t have to interact with everything! Or anything, even. You can just scroll on by.

Don’t be negative, nasty, or argumentative just for the sake of it.

If your post or comment serves no purpose other than to vent your own anger or make someone else feel bad, LinkedIn isn’t the place for it. It’s just not. Try joining a punk rock band instead, where railing at the man is highly encouraged. That way, people will actually appreciate your constant shrieking.

Err on the side of kindness

It’s really easy to make assumptions about people you don’t know. And it’s even easier to get them wrong.

Think that person must be a real loser? Or a hypocrite? Or a total jerk? You might be right. But if you don’t actually know that person, you shouldn’t assume anything. Everybody has a story. Maybe he just found out he has cancer. Maybe her mom just died. Maybe that business is quietly going under, and that CEO is looking at laying off 500 people.

Remember: It’s not all about you

Social media is a give and take system. Yes, your goal should be to offer value. But it works best when you also take the time to appreciate the value others have to offer.

Focusing on yourself in every post, sending unsolicited marketing emails, constantly asking for recommendations or favors, and other self-centered behaviors won’t help you build a quality network or increase your sales. But it might expand the list of people who hide you from their feeds. Which probably isn’t the kind of notoriety you’re looking for.

If you find yourself caught in the murky waters of comments and newsfeeds, don’t add to the muck and the sludge. Just keep on scrolling until you’re back in the clear.

And if you’re one of those people who can’t follow the rules, do everyone a favor and get out of the pool. 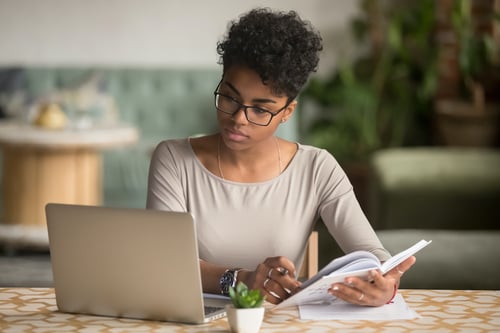 Why Your Company Needs a Professional Development Plan

Combating Presenteeism in the Workplace

Trickle Down Leadership: You Get What You Give

Pets in the Office: The Pros and Cons