Social Media: Can it Get You Fired?

In the grand scheme of life, social media is a relatively new phenomenon. Sure, we used to write on cave walls, but let’s face it, those things rarely went viral. And there were no HR departments anywhere in sight.

Today, we have this extremely powerful communication tool (or weapon) at our fingertips. But some of us are using it with a caveman mentality. And our employers are watching.

None of your business?

A lot of people think the things they say and do during their spare time can’t possibly affect their work or job status, but as we are finding out, this isn’t necessarily the case.

Even if you’re off the clock, the things you say and do can reflect poorly on you as an individual, and as an employee of a particular organization. And yes, it can result in termination.

People have been fired for these reasons and more:

Some of these people probably just thought they were being funny. Others may have suspected their comments were crossing the line, but thought their privacy settings were locked down tight enough. Still others may have believed that their private social media accounts weren’t fair game for employers.

But all of these things are up for interpretation.

Yes, America is a country that believes in this fundamental right. But when our forefathers drafted the first amendment, they were concerned about protecting citizens who disagreed with and/or spoke out against the government— a hallmark of democracy. They weren’t so worried about your “right” to talk trash about your coworkers or company.

As smart as they were, George and the gang couldn’t possibly have planned for the scope and magnitude of the platforms we have available to us today. Over the years, the courts have added some specific free speech exceptions for things like incitement, false statements of fact, obscenity, threats of violence, etc.

So while you may believe you can freely say (or post) whatever you want to, the courts may see things differently.

As we’re also learning, the court of public opinion can be even more brutal.

There are plenty of stories out there about people posting things they think are fairly innocuous, only to have an offended coworker print out a copy and take it to HR, who tends to see things quite differently. Making fun of coworkers online? Filming yourself goofing off on company time? Posting video of clients without permission? Not good.

If you post highly controversial views on your social media profile, you’d better prepare for some serious backlash. If your posts include unsavory things like hate speech, racism, and violence, you should also be prepared for what will happen if and when they get back to your employer. Because in all likelihood, they will. And the results may not be pretty.

The same is true for businesses. If you use your company social media outlets to voice personal or political views that aren’t inclusive or run counter to those you serve, you may live to regret it. One restaurant in Arizona recently decided to shut its doors after the backlash from a politically motivated social media post resulted in extreme negative press, boycotts, and even death threats.

Which brings us back to that caveman mentality.

If you’re truly passionate about social justice, does it really make sense to threaten harm to people who don’t share your views? What would your grandmother have to say about that? Or your company? Or your boss?

We all know that humans can easily be killed by bears. That’s why we don’t run up and poke them. But clearly some of us have not been able to anticipate the consequences of bad social media behavior.

Yes, technology is changing rapidly. And maybe our amygdala brains haven't been able to keep up. Perhaps that explains why so many people think that posting everything they are thinking and doing at the moment is a fine idea. Maybe we haven’t yet figured out the danger lurking behind our screens and keyboards.

But we’re adaptable creatures. We can learn from our mistakes, and the mistakes of others. We can train ourselves, our colleagues, and our employees on what is an appropriate use of social media and what isn’t.

If your fingers are hesitating over the keys, or you’re not sure you should hit the post button, that’s a clear warning sign.

Re-read your comments from your grandfather’s point of view. Would he approve of your language and sentiment? What about your mom? Or your children? Would you be ashamed if they read what you’ve written, done what you’re doing, or said what you’re about to say?

Take a deep breath and edit. Or better yet, delete.

You’ll never regret not posting that stupid thing that made your sister cry, your high school buddy unfriend you, or your boss tell you to clean out your desk.

Trust your hesitation. Listen to it. It just might be evolution at work. Tips and Tools for Hybrid Work 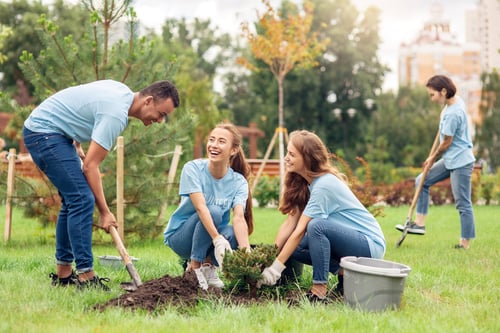 Three Employee Benefits to Help Your Employees Achieve Their Dreams 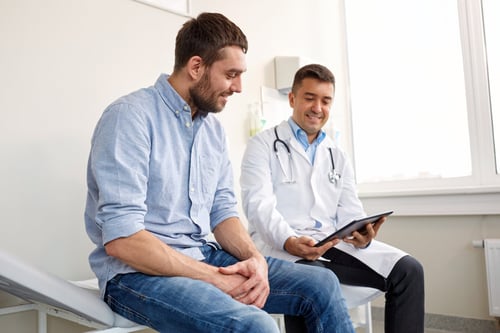 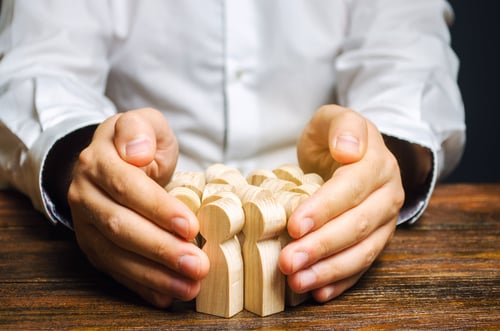 Employees are Drowning in Student Debt— and It’s Bad For Business.