I read an interesting article recently written by Mark Cuban, owner of, among other businesses, the Dallas Mavericks. The gist of the article was that the notion of "chasing your passion" as a way to build a business is ridiculous. He pointed out that we each have countless passions throughout our lives, most of which would never result in a successful business.

Instead of focusing on your passion, his suggestion was to focus on wherever it is you spend most of your time. The logic being that if you spend enough time doing something, you are eventually going to become really good at it. And once you're good at something, the passion tends to flow naturally. After all, who doesn't love spending time doing most anything that allows him to run circles around the competition?

I think Mark's logic may be over simplified a bit, but I definitely feel he's onto something with this idea. I'd like to add a couple of additional thoughts to his suggestion.

First, figure out where your time should be spent.

Rather than simply taking inventory of where you are currently spending your time, define the business model you want to have in place, determine what skills and knowledge would make you successful at that business, and then block out ever-increasing amounts of time building those skills and acquiring the knowledge.

However, simply taking inventory of how your time is being spent isn't enough. You have to have a planned allocation of time spent on the right activities.

Secondly, you can do the same thing over and over and never get any better.

Maybe my ideas are just stating the unstated obvious in Mark's article, but time spent on an activity does not automatically lead to proficiency. As the saying goes, practice doesn't make perfect; perfect practice makes perfect. Not only is it important to put in the hours, you have to somehow ensure that they are productive hours leading to an ever-increasing skill level and further depth of knowledge.

It's not just theory

I saw a great example of this recently with a small group of our member agencies. Like so many agencies, this group had been frustrated and anxious about the ACA and its potential impact. They felt their competitive position was threatened as a result.

Instead of lying down, this group decided to take action. We helped organize them into a task force of sorts and had them start by identifying the skills and knowledge they needed to overcome the ACA challenges. Each agency then set about building a solution (a value proposition to take to the market) and eventually presented their ACA answer to the rest of the group.

The more time they spent building their solution and educating themselves about ACA and its challenges, the greater their confidence became. In fact, their confidence in this area has grown so much that when the delay of the employer mandate was announced, at least a couple members of this group expressed a level of disappointment.

The very situation that had so intimidated them just a few weeks earlier was now one of their greatest sources of confidence. Dare I say because of the skills, knowledge, and solution they built, they had become passionate about their ability to help their clients face the challenge.

Insurance Brokers Are All The Same! A 2016 Political Look at Insurance from Janet Trautwein 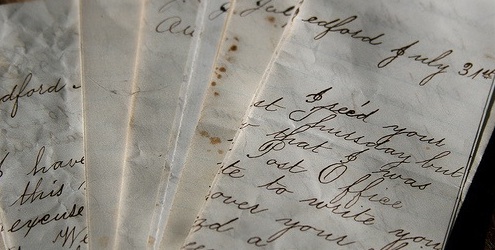 An Open Letter to Independent Insurance and Benefits Agencies