President Obama in a recent campaign speech discussing individual success – "You didn't get there on your own. I'm always struck by people who think, well, it must be 'cause I was just so smart. There are a lot of smart people out there. It must be because I worked harder than everybody else. Let me tell you something. There are a whole bunch of hardworking people out there. If you were successful, somebody along the line gave you some help. There was a great teacher somewhere in your life. Somebody helped to create this unbelievable American system that we have that allowed you to thrive. Somebody invested in roads and bridges. If you've got a business, that -- you didn't build that. Somebody else made that happen. The Internet didn't get invented on its own. Government research created the Internet so that all the companies could make money off the Internet."

Wow, where to even begin!

"If you've got a business, ... you didn't build that. Somebody else made that happen."

Like me, most of you reading this have your own business (either as an agency owner or as a producer who has built your own book of business), or you work for a small business started by an entrepreneur. If you are like me in another way, you are terribly offended and insulted by our president making such a statement.

I have heard the defenders say that the line by itself is taken out of context, that maybe he wasn't even referring to the business itself, but instead referring to building the infrastructure that made our businesses possible. They support their argument based on his additional comments that along the way you were helped by a teacher, that others created this great American system, that somebody invested in roads and bridges that made your success possible.

Just because bridges and roads get built doesn't mean new businesses get started or become successful. Success is the result of new ideas, fierce determination, hard work, and a willingness to take a risk on the belief of the future success of the idea. To be told that a business owner doesn't get credit for that is inexcusable.

As far as the teachers and "someone else" along the way. Of course there are all kinds of influencers and supporters who make us who we are today. Nobody can exist and succeed within a vacuum. After all, if there weren't other successful individuals and businesses, to whom would you sell your goods and services?

The key, in my mind, is to respect the inter-dependency we have as citizens and business owners. To allow that inter-dependency on one another to erode and instead replace it with a dependence on our government is a terribly dangerous path.

When he says he is "struck", I interpret that as him being offended by people who take ownership, responsibility, and (dare I say it) credit for their own success. Sure, there are a lot of smart and hard-working people out there. What there aren't many of are the risk-takers and entrepreneurs willing to lead the way to create the jobs for all of those smart and hard-working people.

The more I read and listen to his words in this speech, the angrier I become. Whether it was a gaffe, or taken somewhat out of context, or whether he said exactly what he meant, the underlying sentiment to me seems to come through loud and clear: our president believes we, as business owners and dedicated workers, are not to be given credit for the success of the businesses we have built.

It's not much of a leap from there to draw the conclusion that, if we aren't responsible for our own success, then we also can't be blamed for our own failures, that we aren't really in the position to take care of ourselves, and we need the government to do that for us.

If government is the answer, I would like a new question.
The government controlling and managing more is not the answer. Instead, creating an environment that encourages, rewards and acknowledges the efforts of the risk takers is what we need.

It was risk takers who founded this country in the first place. It was entrepreneurs and innovators who turned this into a land of the greatest opportunities ever known to mankind. It will continue to be those of similar spirit, determination, and an "I'll make it happen attitude" who will continue to be the backbone of this "unbelievable American system".

A government that is truly for the people is one that will acknowledge and reward the risk takers, entrepreneurs, and innovators. A government which scorns those same individuals is not only offensive, it's dangerous. 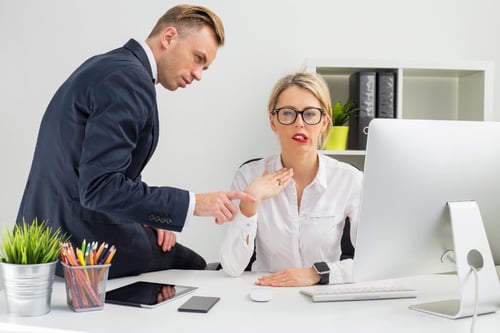 If You Can Read This, You're at Cyber Risk

A Driver’s License and A Major Customer Service Disaster