So, a major question for all of us. What exactly does it mean now that healthcare reform is a reality? What does it mean for the country, the industry, our clients, and, of course, for us. Just because the legislation has been passed, it doesn’t necessarily mean its true impact can yet be predicted.

The long period of time between the passage and implementation of the most significant aspects of bill makes the prediction of its actual impact nearly impossible. The debate around healthcare is far from over and will, more than likely, move to court cases challenging its very legality.Polls continue to suggest much of the public is still opposed to the legislation and it is certain to be a focal point of the November elections, this year as well as the presidential race in 2012.There is still much political capital to be spent on this issue.

The lack of willingness to spend that political capital during election periods, as well as the size of approved government budgets, makes it possible, if not quite likely, that we will continue to see changes in the legislation. Even without any changes, the true impact of this type of legislation is nearly impossible to predict, as there are typically unintended consequences.

So, while the long-term impact of the legislation is a story that will continue to be written, the following are some of the more immediate (during 2010), and certain, effects.

For the general public, there is still a bit of misconception that everything is going to happen at once.That’s not the case and while insurance companies, pharmaceutical companies, and medical-device makers will bear the brunt of near-term costs, employers are not likely to see higher costs trickle down until about 2012.

Despite certain claims to the contrary, there is nothing in this bill that is going to hold down health-care costs in the short term, and there are some elements, due in part to unintended consequences, that could cause costs to go up.One obvious reason for cost increases is a timing lag between when insurance companies must start covering people with pre-existing conditions, as well as the elimination of coverage caps (which will increase insurers’ costs), and when individuals will be required to buy insurance (a positive for insurers because many who have opted out are healthy). As a result of this gap in timing, it is quite likely that insurers will pass this cost along to customers through premium increases.

An almost certainty for everyone involved will be a significant administrative burden in attempts to interpret and comply. For example, the “free-rider” penalty imposes a fine on companies that make employees pay more than 9.5% of their incomes toward health care. Tracking these thresholds adds a new layer of compliance, as does the likelihood of being subjected to federal compliance audits.

In terms of the cost impact to employers, cuts in federal Medicare spending will also accelerate cost-shifts to employers (since the private sector already subsidizes costs for Medicare patients). It will be the medium-sized companies — those with between 50 and 500 employees — who will face the worst of the cost shifts. That’s because firms with fewer than 50 employees won’t face penalties for not providing insurance, while small companies (those with 25 employees or fewer) will be eligible for some tax breaks if they offer insurance. Large companies, as a result of self-insuring, may be able to insulate themselves from some of the cost shifts.

The “experts” don’t seem to expect many companies to drop health coverage entirely, even if they are squeezed by rising costs. Some surveys point to employers preferring to have control over it if it is something they have to be paying for. However, it is fair to say that employers will be more sensitive to competitor benchmarking information than ever before.

While there are many provisions of the bill that I don’t agree with and a few, such as health exchanges in 2014, that cause some anxiety, I don’t see anything in this bill that is cause for us to panic. Again, largely due to the timelines and the certain maneuvering between now and timelines of key features.

However, not panicking doesn’t mean it isn’t a time to be prudent. This is a wake up call and one that should be heeded. If you have struggled believing that “what you get paid for today you will give away tomorrow and what you give away today you will get paid for tomorrow”, then rethink your position. This is the first step to that reality. If you have any doubt, go back and read the bullet point about MLR. If you didn’t think about it the first time you read it, this is a limit on insurance carrier profits. If you don’t think they will share that burden across all of their expenses (including your commissions), you’re fooling yourself.

Now more than ever, it is time to abandon the “traditional role” and focus on your ability to control costs and make your clients more attractive to the marketplace. Quit focusing on what your solutions do and focus on what they allow to happen. When your efforts and involvement allow your clients to be more profitable, you are going to be paid. Getting paid for the value you deliver, rather than the product you deliver, will be an infinitely more profitable model for you and your agency. 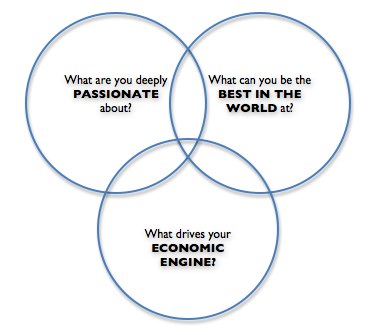