If you’re leading a company but you’re not leading the way and setting the example on communications, interactions, and thoughtful content coming out of your organization, you’re missing a tremendous opportunity.

Sure, you may have people on the team who help with marketing and communications, but if the named leaders aren’t putting themselves out on social media, showing up at community and networking events, and gathering clients and prospects together for seminars and round tables, why should you expect anyone else on the team to do those things?

If you think you’re too busy for it or above it in some way, it’s time to get over yourself. Some of the most well-known company leaders completely overshadow their company media efforts. Cheryl Connor explains in Forbes that within the Fortune 500, 61% have no social media presence, but there is a small “group of CEOs using their social media pages to become thought leaders in their industries. Doing so creates massive amounts of free PR for their brands. In an age where online influencers often have a greater impact on branding efforts than the company’s own social media pages, a CEO who is an influencer in his or her space can be a big advantage.”

Richard Branson – ever heard of him? Yeah, that’s because he makes his presence known all the time. Social media, tv, events, you name it, he’s there and he’s usually tweeting about it with over 20k tweets to show for it.

Elon Musk – you know the guy who makes electric cars and then shoots them into space? And is ready to take on tunnel building in Chicago? Yep, follow his Twitter account along with the other 22 million people to keep up on the latest company insights and Elon-ponderings.

John Legere, CEO of T-Mobile. He openly shares and engages with users daily and sees this as a huge competitive advantage because he knows others just won’t spend the time doing what he does. And his 40K+ tweets prove he’s all in.

You name the industry, you can find the thought leaders pretty quickly. They make a name for themselves. You can’t help but pay attention.

Think this is too big and not relevant to you? Let’s bring it down to a more relatable scale. Leaders in our own industry are making tremendous names for themselves because they’re active online, in their communities, and at industry events educating people on topics near and dear to them.

If you’re not following them already, take a look at how some of these leaders are using their time to influence the industry and their own business as a result.

Look like a list of names you see every day? If you spend any time on LinkedIn or at industry conferences, I’m sure many of these are just household names. Why? Because they make time in their day to share ideas, push and challenge stagnant ways of working, and openly share resources to help others do the same.

They’re not just bragging about who they are and what they do. They’re generous with their time, their ideas, and they genuinely want to see changes, not just talk about changes. They give away their secret sauce and invite people into their worlds to learn more.

Point taken, but still not relatable?

Okay, still not close enough to home for your agency? I get that. These are people influencing an industry. Maybe you’re just looking to influence your community. Great! Make that your focus and double down on it.

I was reviewing social stats with a client and with just a quick look, it was glaringly obvious that when he shares things about his local community he gets flooded with views, likes, comments, and shares from his local community. A little more looking, and we easily saw from the list of Likes, that his audience is local CEOs, CFOs, HR professionals. Hello! Exactly the target audience for his agency.

When he speaks, people are paying attention. He needs to double down on this influence he has, continue connecting with the community about the community, and when he drops in benefits-related topics, they are much more apt to pay attention. They may not engage with the benefits related posts with the same frequency, but it’s pretty guaranteed that they’re seeing them. Think of this as relationship building and drip education.

You have to give people a reason to want to connect with you. You know the saying, “People won't care how much you know until they know how much you care.” If all you do is pitch products and services and expect people are going to respond (and they don’t, of course), that’s a silly reason to say “it doesn’t work,” and quite frankly, it’s just lazy.

This is Business Basics 101. You won’t attract people to you if you don’t make yourself available and attractive to them in a way that matters to them. And if you leave all the work to people further down the ranks, it’s going to be very hard for those folks to get the attention of the CEOs, CFOs, and HR professionals you want to connect with.

Create peer-to-peer connections around peer-to-peer topics. Make that your job as the leader of the organization and lead by example. Take your cue from those making big names for themselves. When they speak, people take notice.

Think your agency could benefit from that type of influence? 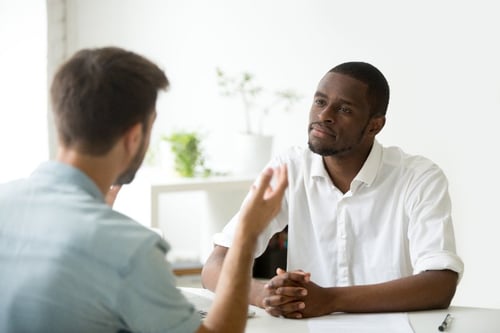 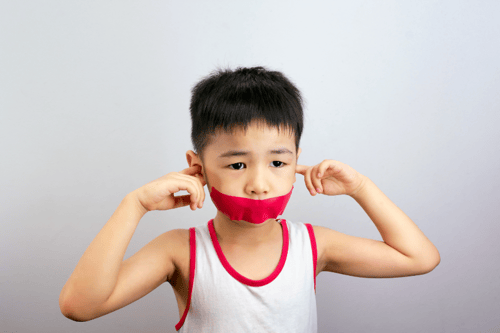