Selling is a transfer of confidence.

You are always working to give your prospects confidence that they will get better results once they start working with you. Of course, you can’t give away what you don’t possess yourself. Your prospects will never be confident in you if they sense any level of self-doubt.

You’ve gotta believe in your ability to make a meaningful impact on their business.

You’ve gotta believe in your ability to help them make the best buying decisions for themselves.

You’ve gotta believe in your ability to educate them on all available options and strategies.

Unfortunately, as I wrote about recently, the industry’s confidence is a bit low right now. However, it is low largely for an exciting reason – all the exciting new strategies and options the industry is embracing. The confidence is low because most in the industry don’t understand the strategies/solutions, they haven’t yet taken these ideas to their prospects/clients, and they have the wrong impression that every other broker/advisor is putting every idea into place with every client.

It just ain’t so.

First of all, things that seem overwhelming feel much less intimidating once they have an identity. Let’s fix that. Let me introduce you to the trend that you’ve been reading about online.

Blog readers, meet Value-Based Insurance Design (VBID). You might be surprised to know that VBID is an idea that’s been around since the ‘90s. Crazy, huh?

VBID, meet our blog readers. They are interested in learning more about you and how you can help them help their clients.

Once you’ve looked your fear in the eyes, it’s not so intimidating. Now it’s just a matter of studying and understanding the various elements that combine to support the idea of VBID. As you study and understand, your confidence will build. As your confidence builds, so will your belief in your ability to leverage the power of the VBID ideas.

Unfortunately, there are many who have a false sense of confidence and false belief in their ability to take these new ideas to prospects before they, or their prospects, are ready. The story of fails I hear almost daily ain’t pretty. It reminds me of a story of my boys from when they were younger.

He also wanted to be able to fly (who doesn’t?!). Being the bit of the schemer he is, he saw an opportunity as he discovered a loose tooth. He knew it wouldn’t be long until the tooth fell out and, of course, the Tooth Fairy would come to visit. Obviously the tooth fairy can fly, and he started wondering if he asked really nicely maybe the tooth fairy could give him the power of flight.

And so began the nightly task of writing letters to the Tooth Fairy. This was a campaign that would have made any sales manager proud.

Well, this request for flight got the attention of his younger brother, Zach. If there was any flying going on in the house, Z wanted in on THAT action. And he also began writing letters to the Tooth Fairy asking for the same ability to fly! (That’s a lot of letters to respond to. 😑)

Finally, the time came and Grant’s tooth fell out. The excitement of the inevitable Tooth Fairy visit made bedtime a bit challenging that evening. The next morning, G and I were in the kitchen. He was having breakfast and had his dollar bill sitting on the table. As I stood at the kitchen sink, I heard Z coming down the stairs. Now, Z isn’t a morning person and typically would just come stumbling into the kitchen. But, not THIS morning.

As he reached the bottom of the stairs, I could hear him take off running. But, before I could yell for him to slow down, he reached the kitchen door and both feet left the floor with his arms stretched out in front of him in his best Superman pose.

Sadly, gravity kicked in, as gravity tends to do, and he was quickly face-planted in the middle of the kitchen floor.

And, as only an older brother can, G looked over from the table and said, “Oh my god. You are SO stupid!” Now, I thought he was the true believer, but when it came to testing his faith, he didn’t even come close to Z.

The thing is, Z’s belief was so strong, it became a bit contagious. I have to admit, there was a small part of me that wanted to encourage him to give it another shot.

The lesson here: Don’t allow others to encourage you to do things you’re not yet ready for.

I share it because it’s not enough to simply believe, you have to know how to execute. Sure, you hear about all these great solutions and it may be easy for you to believe you should run out and take them with you to your next prospect meeting. But, if you haven’t truly prepared yourself and your team to execute on these ideas, you’re going to find yourself looking up from your own Superman position into the eyes of a bewildered prospect.

You must be able to clearly explain and execute on everything.

Your marketing efforts have to help prospects get used to these ideas.

You must have a sales process that helps both you and the buyer figure out which solutions are a fit for them.

And you have to prepare your team to install, service, and manage a much more complex program than what they have had to manage in the past.

This kind of deliberate effort may not be as sexy as flying, but when your competition is lying face down on the prospect’s floor, you’ll definitely give the appearance of being Superman/woman. 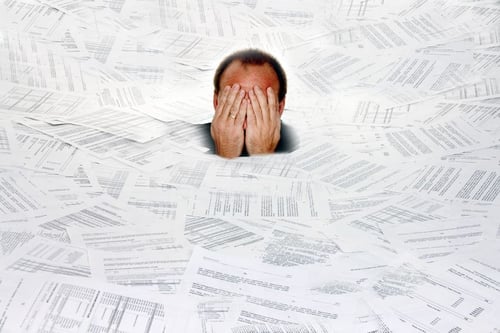 "You're Stressing Me Out, Dude!" Discounts & Misconceptions are Costing Us a Fortune