Zenefits: A Story of Confidence, Culture and Resignation

Well, the day we all knew was coming has arrived; Parker Conrad has been fired. Call it what you want, but his milkshake coveting ways have caught up with him.

Here’s my concern; based on the comments flying around on social media, too many in our industry are going to overlook two critical lessons.

The “official” reason being given for his resignation/firing is “compliance” improprieties, and I’m certain those played a significant role. However, compliance has to simply be one symptom of the real issue –Lack of Confidence (take-away lesson #1).

If their investors believed their collective $500,000,000 was in good hands, they would have looked the other way on this compliance issue, at least long enough to get it fixed. However, the Zenefits leadership team simply provided the investors with the one final straw to push the camel out the back door.

Conrad’s resignation is a very public signal that the investors have no confidence in the current direction of Zenefits. I have to believe the lack of confidence doesn’t end with Conrad’s tenure.

Own it as a team

Conrad’s termination doesn’t simply reflect on him, it’s reflective of the entire leadership team. I am pretty certain there are countless members of the leadership team doing everything they can to distance themselves from their former CEO, but they have to own their current situation together. They have failed their investors, the rest of the Zenefits team, their partners, and, worst of all, their clients. I would even argue the rest of the leadership team failed Parker Conrad by not keeping him in check.

I’ve read the email David Sacks (new CEO) sent to the Zenefits employees and, of course, he’s saying most of the right things: “Zenefits has a great future”, “we cannot seek to hide or downplay the problem”, “best-in-class governance, compliance and accountability”, “I’m making my first actions as CEO about culture and value”, blah-blah-blah.

While this is an admirable message to send out, as the COO for the past year+, doesn’t it seem he would have significant culpability in their current compliance failures? Wouldn’t it have been the responsibility of the COO to ensure the appropriate licenses were in place?

Credit where credit is due

I will applaud Sacks on one primary point, a critical lesson for all of us, recognizing that CULTURE has to be their top priority. We must all define the culture we want/need and use it to filter EVERYTHING that happens in our businesses, starting with our people.

Either your culture determines the people who exist in your business or else the people will determine the culture that exists. (take-away lesson #2)

You see, via Parker’s arrogant, chest-beating, and reckless manner, this leadership team has created the very culture that has led to every problem you have read about in the media. That same culture is what attracted the very leadership team in the first place and now they are going to make correcting the culture Priority ONE. Really?!

Now, back to the take-aways and questions on which I urge you to reflect…

Lack of confidence – We talk to agencies every day and are privileged to have an unfiltered view of what is happening inside these businesses. While we see great sales and insurance people every day, we don’t see effective leaders nearly often enough. An organization can only go as far as the confidence earned by the leader will allow them. As a leader in your agency, do you have the confidence of your team?

Culture – What about you? Are you using an intentional culture to filter everything else in your business or are you saddled with a culture that is simply the result of unfiltered decisions? Can your culture be described as . . .

Sadly, we know too many of you cannot give favorable answers to these critical questions. If Parker and his team had one thing right it’s that this industry is in desperate need of change. They were simply misguided in what that change needed to look like and how to go about driving that change, in my simple opinion.

At Q4intelligence, we have a BHAG (Big Hairy Audacious Goal – we refer to it more professionally as our Purpose or, for us Simon Sinek fans, our Why):

To TRANSFORM OUR INDUSTRY.

Now, if we somehow thought we could do that on our own we would be considered as delusional as one former CEO. We are driving this transformation as part of a movement; a movement that includes countless industry partners, a network of transformation-minded agencies, and even many who others would look at as our competitors. We have to drive this transformation together.

Does industry transformation sound like some Pollyanish vision? It isn’t. It’s already happening and we experienced it just this past week at Q4Live (the networking event we host for our member agencies and various industry partners).

Here is an email we received from one agency owner after an intense three days of learning, coaching, and networking.

Ah, these events leave me so inspired. But also frustrated equally. The reason I find frustration is due to my "get it done."  This was a big take away for me. Do the work now to be better in the future. For me, and for my clients.

I leave with a sense of urgency.

The point of this email is to thank you for all you do. Q4i is a mindset. It's the positive mindset this industry needs. It's what we all want, and Q4 holds the torch under our seat. You guys do such a good job at making us all better in many aspects. I love being a part of something that is much bigger than I am; a sense of purpose in the industry. Thank you. Thank you. Thank you.

Thanks for listening to our needs, and knowing our needs before they are realized.

As you can imagine, we (as business owners ourselves) love getting messages like this. Sure, we love it for the obvious reasons, but mostly for what could be an easily overlooked message.

I love being a part of something that is much bigger than I am; a sense of purpose in the industry.

We will NOT fight for the status quo

This industry is so much bigger than any one of us. I get so freakin’ tired of hearing people bitch and moan about what is changing and what is “being taken away from them”. I have less tolerance for an entitlement mentality than I do of the arrogant rantings of a milkshake drinking CEO.

But, fighting for something bigger than we are individually, THAT is a fight we will help fight until the end.

There is a mantra of many technology companies, “move fast, break things, and apologize later.” That approach has gotten Zenefits into a crapload of problems. However, do NOT use that as an excuse to not change, innovate, or disrupt.

We are blessed as an industry to have the opportunity to bring a variety of innovative tech companies together with excellent insurance, business, and HR advisors in a collaborative effort that can not only transform our own businesses, but also those of our clients.

Through collaboration, we can move fast, build better solutions, and apologize to nobody other than the “Zenefits” of the world for the apologizing they will have to do to their investors.

I’m guessing that many of you reading this may have a false sense of confidence that the end is nigh for Zenefits. Not so fast my friends. As I have said before, they have $500,000,000 of other’s people’s money on the line saying they will get this right. For one, I believe Parker’s “resignation” was the first step in the direction of them doing just that.

So, stop the premature celebration and take a lesson from the email I shared above – find a sense of urgency.

I have the privilege of talking to this industry on a daily basis. Sure, we have our flaws and are generally in desperate need of transformation. However, I know how intensely you operate with the best interest of your clients in mind.

If you will take that intensity and use it as fuel to drive your own transformation, NOBODY will take you down. Not only do you owe it to yourself, you owe it to the employees and clients who are depending on you.

While I absolutely feel it is premature to celebrate, I think it would be entirely appropriate for us to all enjoy a milkshake for lunch. ; ) 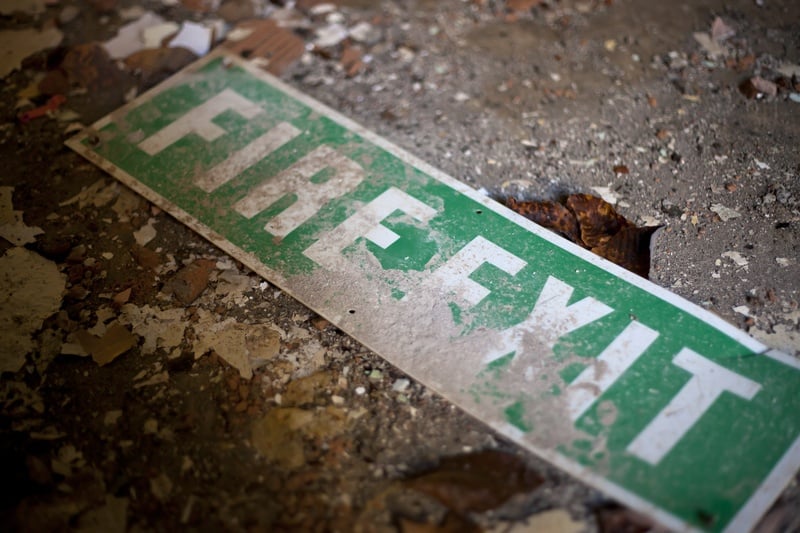 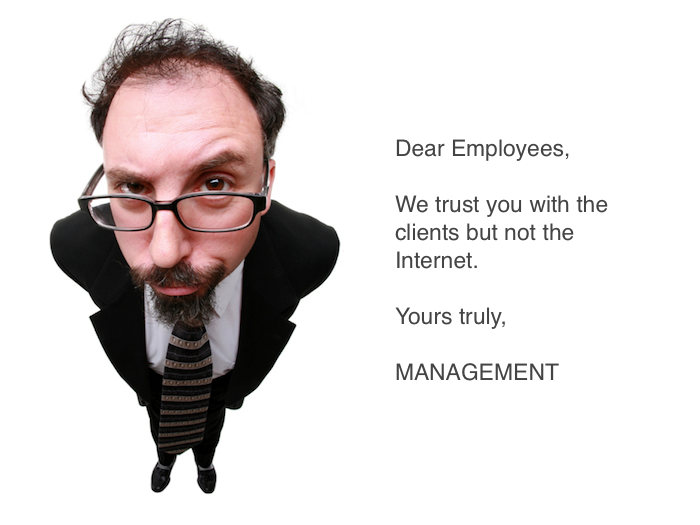